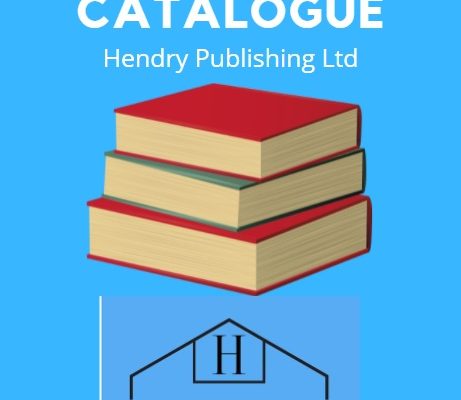 Our new trade catalogue is now available for download as a PDF.

RIGHTS AT A GLANCE

All other rights in other titles are available.

New Advance Information Sheets will be added in due course

Please note this is a feature for trade booksellers/wholesalers, and/or media inquiries to provide a one sided single A4 PDF for information only.

If you are a retail customer interested in purchasing books written by Stephen Bentley and published by Hendry Publishing, please click this link to a full list of books and further links to online bookstores.  You will find his full back list there in all formats: digital, print, and audio books. Extract from the AI Sheet

A gripping and fascinating true story of Britain’s biggest drugs bust and now adapted to be a feature film. Forget ‘Breaking Bad,’ truth can be stranger than fiction and the most surreal drug cartel story of all time took place over 40 years ago in rural Mid-Wales and London.

Operation Julie has achieved an almost mythical status in British Twentieth-Century popular social culture even inspiring a song by the Clash – ‘Julie’s Been Working for the Drug Squad.’

In March 1978, at the culmination of Operation Julie, fifteen defendants, including doctors, research chemists, a writer, and “professional” drug dealers were sentenced to a combined total of one hundred and twenty-four years imprisonment.

Operation Julie is still today the point of reference for all British undercover operations and training. In 2011, the BBC claimed this massive and unique police operation was the start of the war on drugs.

About the author
Stephen Bentley is a former UK Detective Sergeant, a pioneering undercover cop, and a former barrister. He now writes in retirement in the Philippines where he resides. He is an occasional contributor to Huffington Post UK. Stephen also writes crime fiction.

“Undercover Operation Julie – The Inside Story,’ documents everyday life of undercover work as the author, Stephen Bentley, won the confidence of the gang members. Bentley tells in his book how he built a ‘perfect’ relationship with Smiles, an important gang member. But this friendship almost undermined the whole operation.” –
Dominic Blake, BBC News England. His daughter was taken. He’ll never get her back.

Matt Deal flees Florida after a brutal attack leaves his daughter in a coma. His wife blames him. His wealthy Mob-connected father-in-law threatens him with death.  Deal returns to his native post-Brexit Britain as a Detective in the new police force until he’s forced to go back seeking justice for his daughter.

Fans of Jack Reacher, Barry Eisler, and any vigilante justice novel will love this book

“Hang on to your hat…this thriller is not for the faint-hearted! Matt Deal is a hard-hitting, hot-blooded detective seeking peace and justice for his daughter, Mercy.” – BookBub

“The opening scene is gruesome and very descriptive but relevant to the whole story and its character building and the very purpose of Matt Deal and his justice that he needs to serve! Big fat 5 stars.” – Goodreads